Absurd jail sentences for two Hungarians on terrorism charges in Romania Romania’s High Court sentenced two Hungarians from Târgu Secuiesc/Kézdivásárhely to 5 years in jail each on terrorism charges. István BEKE and Zoltán SZŐCS have been accused of attempting to detonate homemade, improvised explosives during the 1st of December 2015 celebrations in their hometown, Mikó Imre Minority Rights Legal Aids Service said. 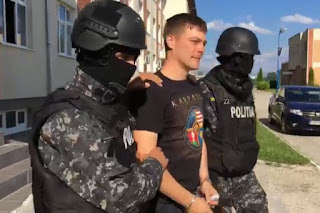 The official accusations of the prosecution from 2016 stand as follows: while BEKE was initially accused of attempted attack against the collectivity (also called “acts of terrorism”) and attempt to violate the rules pertaining to explosives, SZŐCS was accused of inciting to the above-mentioned two acts.

On first degree the court changed the legal classification of the two acts to attempt, and incitement to change the constitutional order, respectively, sentencing the two Hungarians to 11 months in jail for the second accusation (which was exactly the amount of time the two have already spent in jail). Fina Aristic BEKE, together with SZŐCS got his jail sentence raised from 11 months to 5 years without any new piece of evidence Absurdly, the High Court, ruling on a second and last degree has changed yet again the legal classification of the acts back to the acts of terrorism.

The Hungarian community stands shocked by these recent rulings, since it is a known fact that in between the second and first rulings no new piece of evidence arose and the High Court still managed to change the official accusations and increase the sentence to a 5-year jail sentence for each of the two. Mikó Imre Minority Rights Legal Aids Service is firmly convinced that trumped-up accusations and politically motivated court decisions will not lead to the peaceful coexistence of Hungarians and Romanians in the country, and they ask for the international community to condemn the partiality of the Romanian justice system.

As we wrote before, the Sixty-Four Counties Youth Movement (HVIM) on Wednesday organised a demonstration in Budapest to protest against the Romanian top court’s verdict sentencing two Transylvanian Hungarians to prison for what it called an attempted bomb attack in Targu Secuiesc (Kézdivásárhely) in 2015.